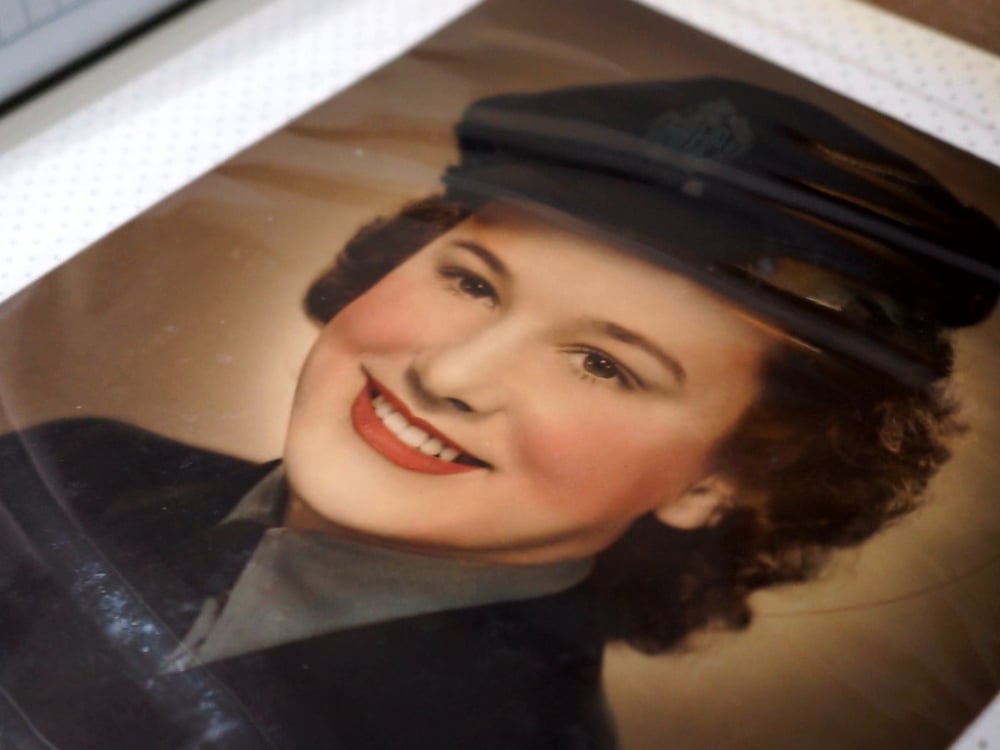 The Arcare community recognises, celebrates and honours the varied backgrounds, experiences and skills of its residents.

As a form of reflection this ANZAC Day, Arcare has offered a few ex-servicemen and women from residences across NSW, VIC & QLD, the opportunity to share their experiences.

Working as an Armourer in the Air Force, Joseph was deployed to countries such as New Guinea and Borneo between 1942 and 1945. While fighting in Labuan, Borneo, Joseph, and his combat group took part in the country’s reoccupation and says that it was one of his most memorable experiences from being in the Air Force.

This year 96-year-old Joseph will be taking part in Arcare Brighton’s ANZAC Day Service, with the team giving him the special honour of doing a reading of his choice. 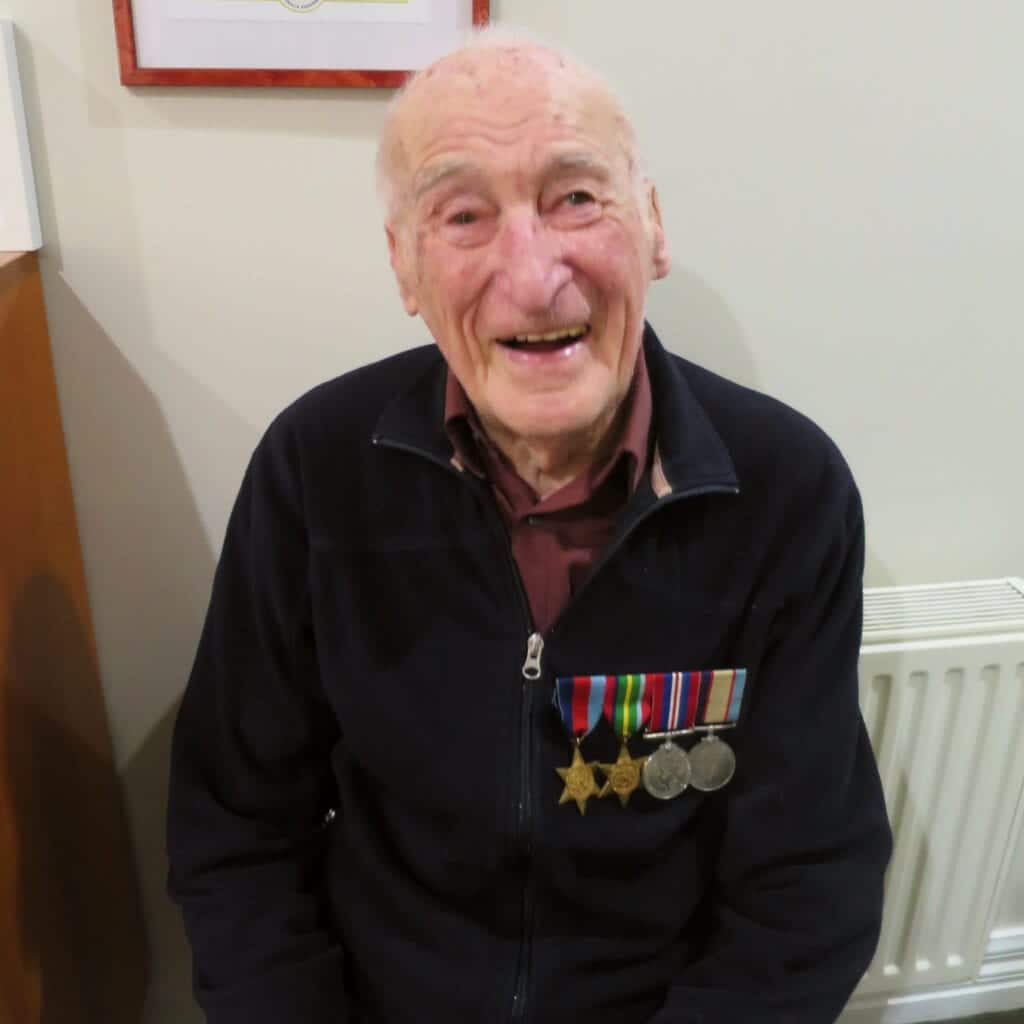 100-year-old Arcare Caulfield resident, Gunner is very proud of his family’s strong Jewish heritage, and in 1943, Gunner made the brave decision to enlist in the Army and to fight in WWII.

Gunner described the war as a constant state of “Kill or be killed”, saying that “I joined up as a boy, and came back a man…”. Despite the overwhelming emotions and memories associated that are inevitably with the war, Gunner maintains that he is extremely proud of what he achieved in WWII, especially because of his Jewish heritage.

This year for ANZAC Day, Gunner had the honour of being interviewed by the President of VAJEX (Victorian Association of Jewish Ex & Servicemen & Women Australia Incorporated); of which he is a member.

Gunner is popular character within the Arcare Caulfield community and is regularly invited and encouraged to participate in the residence’s ANZAC Day and Remembrance Day services. Every year, Gunner and his fellow ex-servicemen and women are invited to sit in the reserved front row seats at the Arcare Caulfield Service. This year, Gunner was invited to recite The Ode during the community’s ANZAC Service. 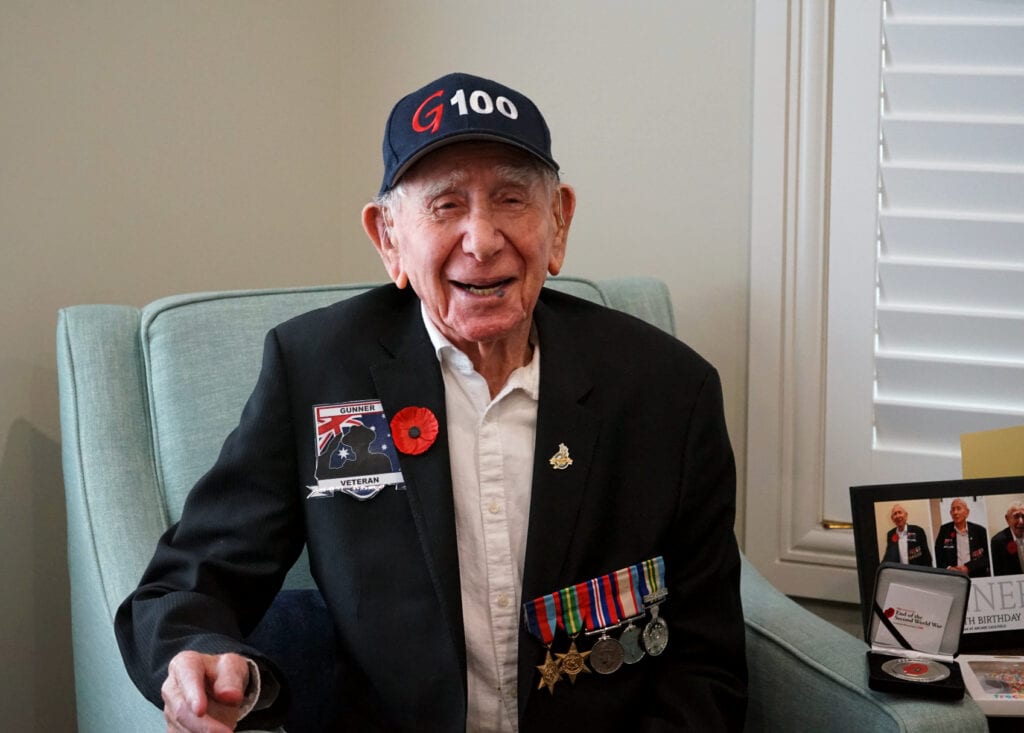 “I left home to join the Navy with my husband. We joined together and it was a great decision made.”

She recalled having to march every day and that the officers would keep a strict record of who marched and who didn’t.

Arcare Kanwal resident Helen Shrimpton used to work in the factory as a Canary Girl.

The nickname started because exposure to TNT is toxic and repeated exposure could turn their skin orange, just like a canary.

John Bendeich was a Second Lieutenant in the Army.

Douglas Jory was a World War II Air Craftsman in the Air Force.

While Tony McDonald served in the Air Force during the Vietnam War. 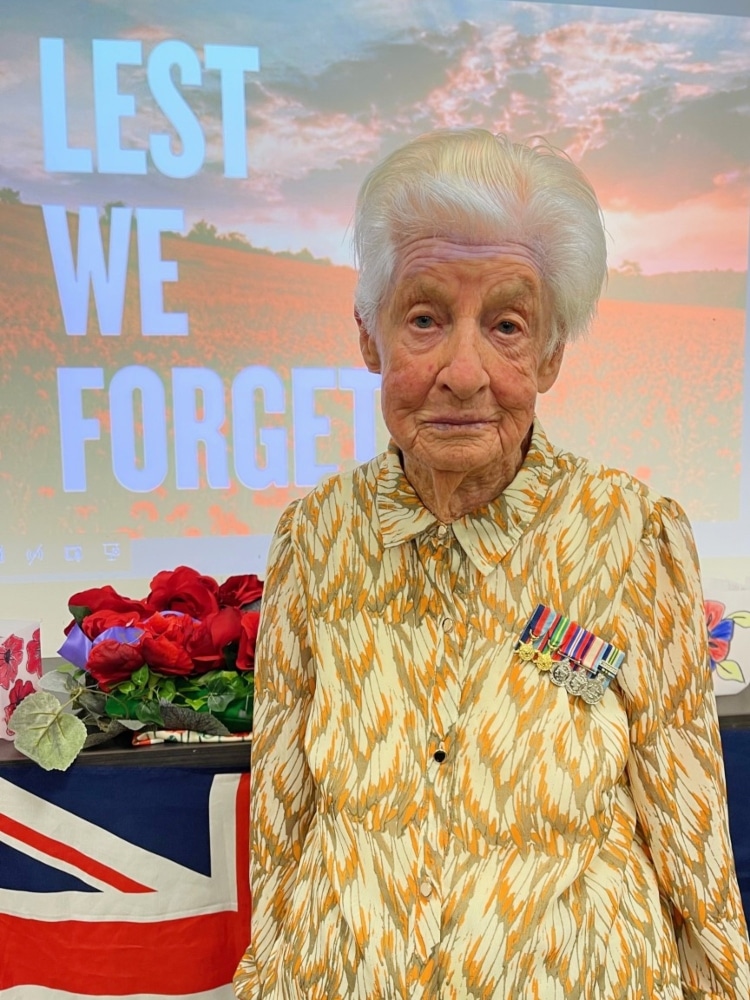 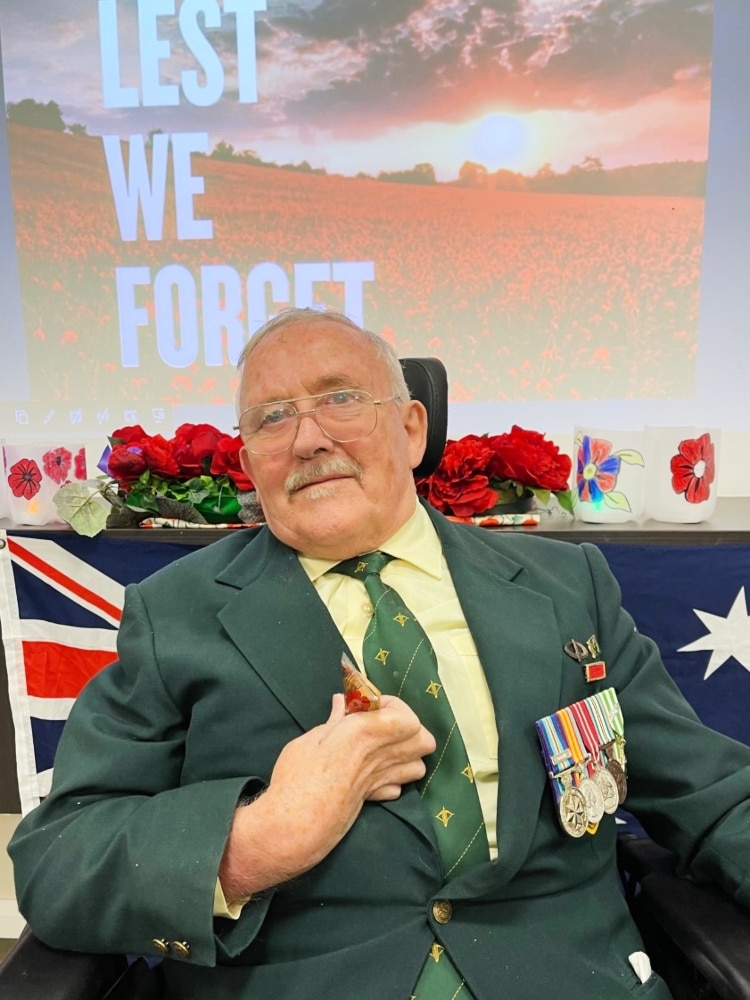 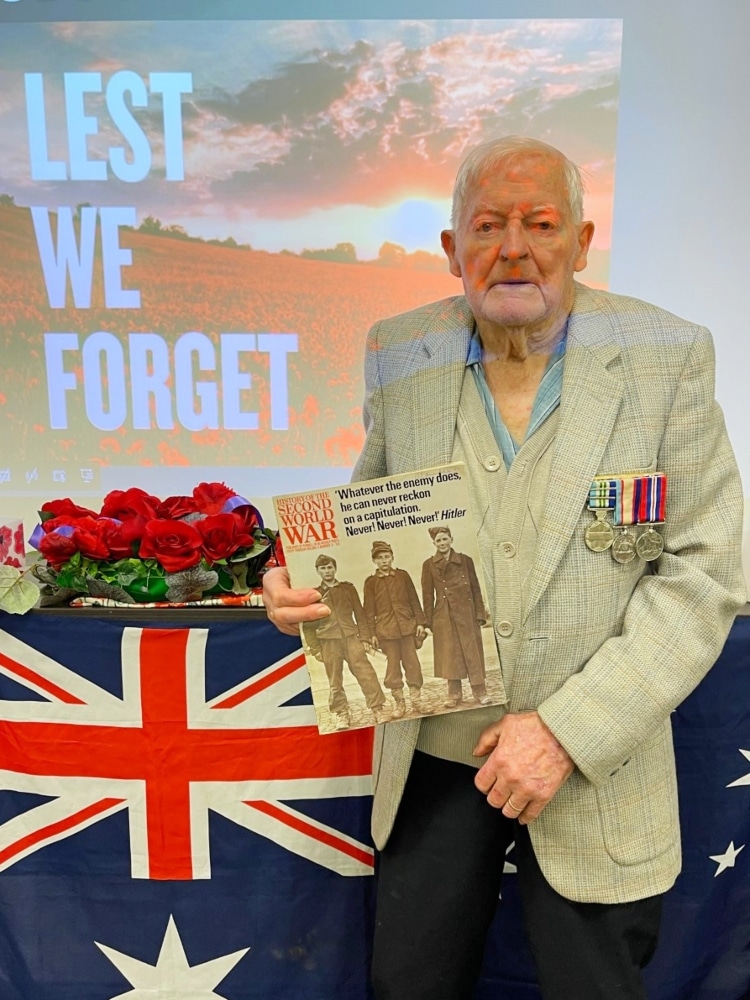 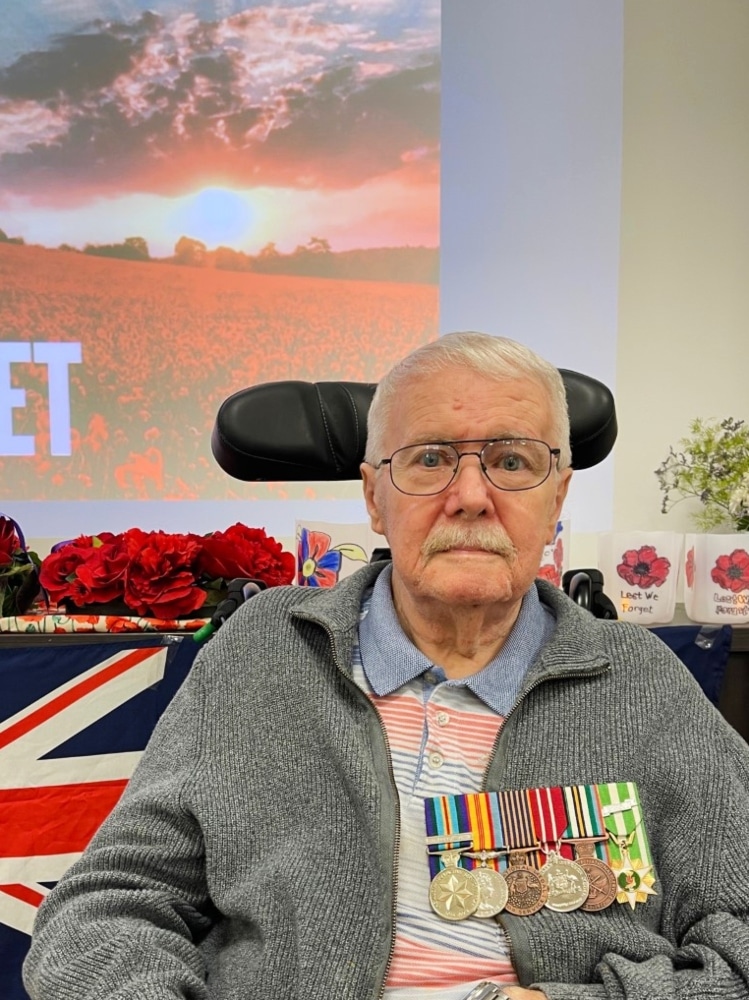 Arcare Oatlands resident, John served in the Australian Navy during WWII, and during that time he was a crew member of the HMS Kenya and Venerable.

The Arcare Oatlands community are honouring John this year for ANZAC Day by organising an ANZAC Day service to commemorate all veterans.

In 1959, John received an award from the Queen, commemorating this service in the Navy. John proudly received the award of the British Empire medal and a recognition of his services to the Royal New Zealand Navy.

John now proudly displays the memorabilia from the Navy in his suite at Arcare Parkwood. 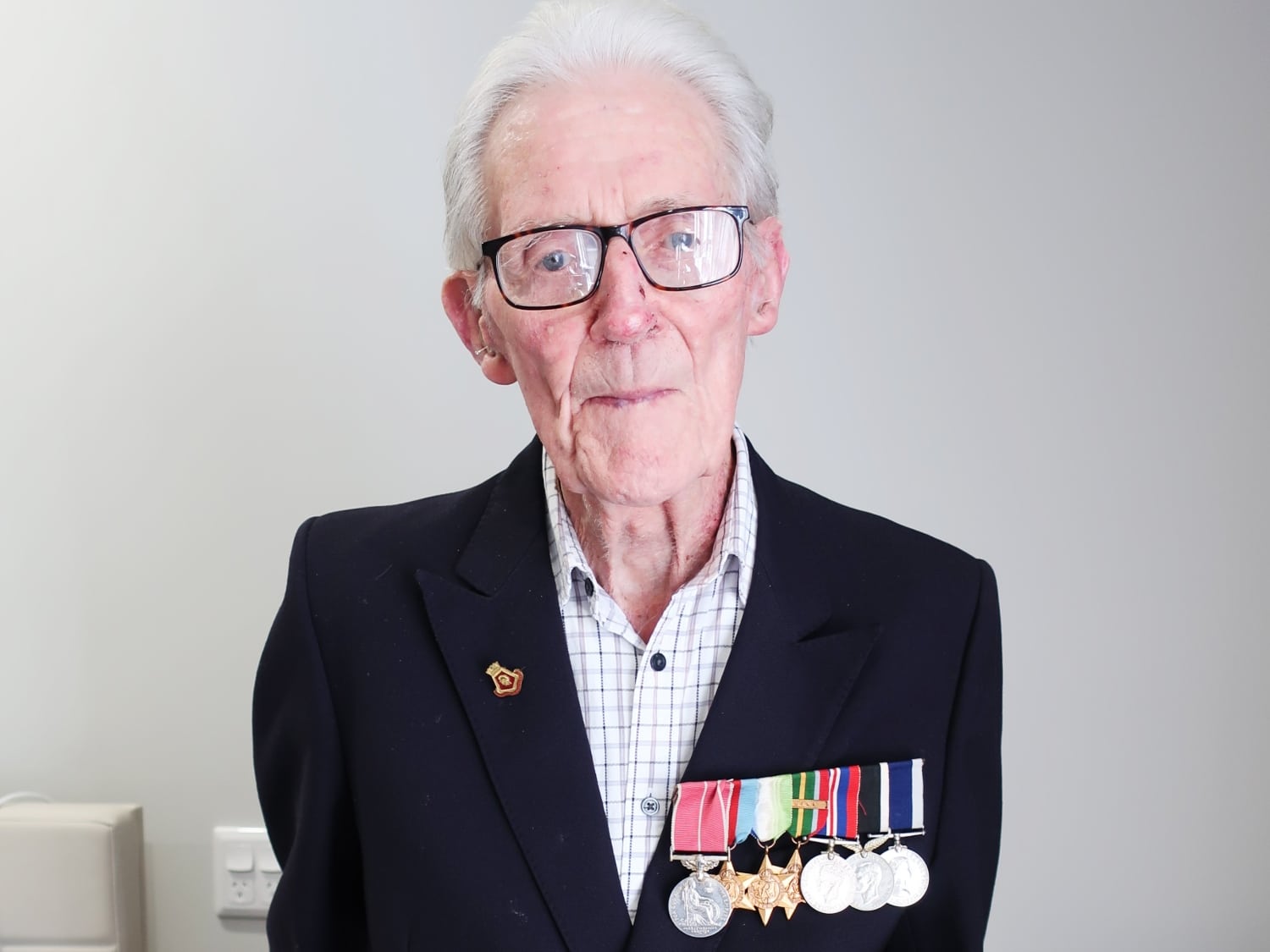 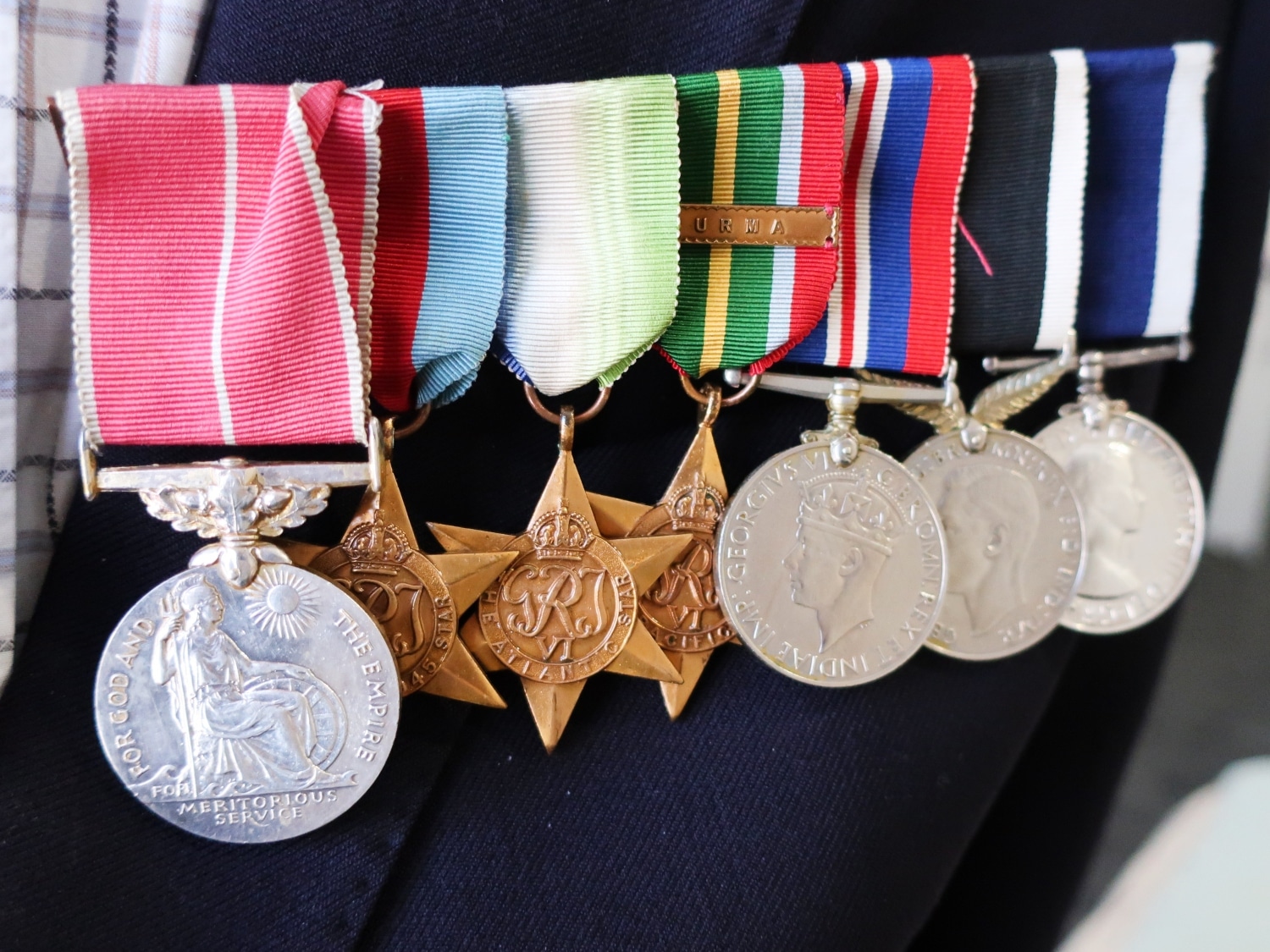 Arcare Pimpama resident, Hilton completed three months of National Service training in Singleton NSW, he was part of the ANZAC concert party and he spent five years in the Artillery division.

Hilton shared with us that he has sang at countless ANZAC Day services, starting at dawn, he would move from one service to another.

At Arcare Pimpama, Hilton and many other residents celebrated ANZAC Day with a ceremony and special guests such as STEPS4208, a bugler from the Gold Coast Brass Band, Pimpama Men’s Shed members, the Local Member for Pimpama and representatives from Gainsborough State School.

96-year-old Arcare Surrey Hills resident, Beryl served in the Australian Air Force during WWII. During the war, Beryl worked as radar operator, and was mainly located out of Mildura.

“Being a radar operator back in those days was top secret. I couldn’t tell my family what I was doing or where I was being deployed… it was a bit like being a secret agent.” Beryl laughed.

Beryl’s father served in WW1 and as she was the oldest in her family, she felt that it was her obligation to fight for her country on behalf of her family. Seeing the war as an ‘adventure’, Beryl lied about age to get into the Air Force, being only seventeen and a half at the time. Beryl said that she was constantly worried about being found out and sent home, right up until she turned eighteen.

Beryl recalled one of her proudest moments while in the Air Force:

Beryl went on to explain how she and the team at the base helped redirect this pilot back safely to base in the middle of the night. Beryl said this was one of her most proud moments. “If I had not noticed that plane, they would have run out of petrol and crashed… I essentially saved that boy’s life.” Beryl said.

Beryl spoke fondly towards the pilots and soldiers that she worked alongside, saying that she almost felt a motherly attachment to them (although they were older), as it was her responsibility to ‘get the boys home safely’.

Beryl served right up until the end of 1945, and Beryl now looks back at her time in the Air Force as an ‘honour’ and ‘extremely fulfilling’.

During her time working as a Radar Operator, Beryl met her husband, Robert. Originating from NSW, Beryl moved to Melbourne after the war to marry Robert. Robert studied pharmacy and together they opened and ran a local pharmacy together for twenty-one years.

Beryl has stayed connected to the ex-servicemen and women community, joining several Air Force groups, and even becoming the voice of the Cape Otway Radar Station trial. The Arcare Surrey Hills team are hoping to take Beryl down to visit the Radar Station sometime later this year; it will be Beryl’s first time hearing herself along the trail.

This year on the ANZAC Day, the Arcare Surrey Hills community will be recognising Beryl’s service by having her read The Ode. Beryl is excited to be given the opportunity to doing a reading and proudly wear her Air Force uniform to the Service. 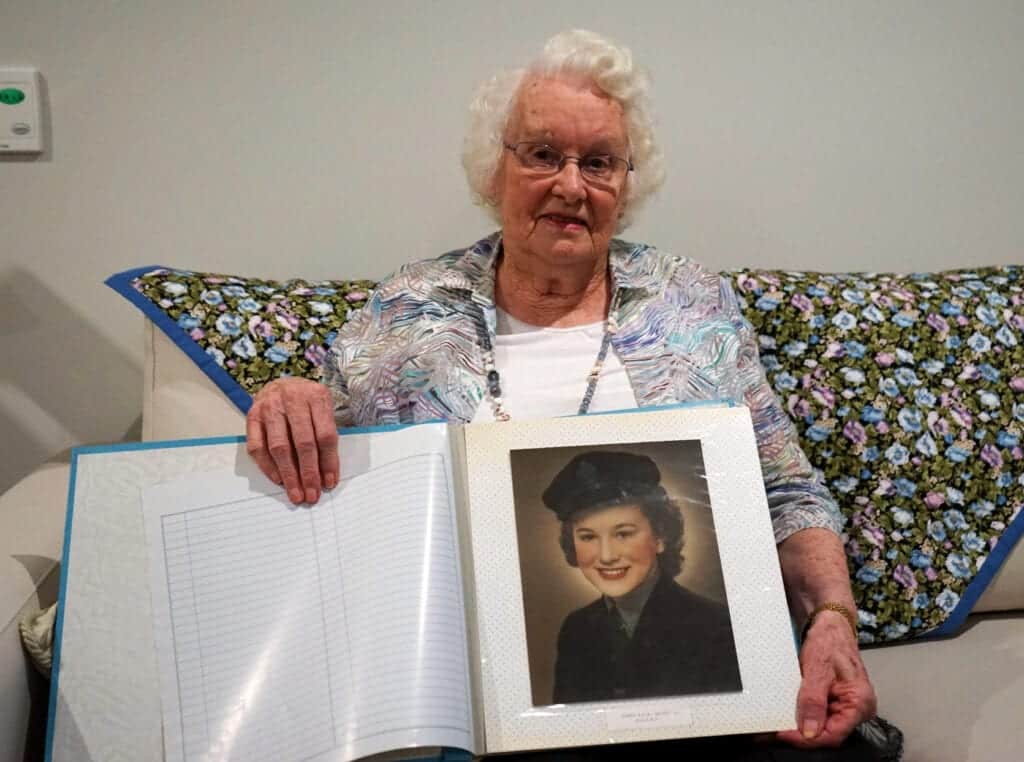 Bill Fitzgerald at Arcare Warriewood was a specialist diver and a bomb disposaleer for the Australian military.

He was the first Australian Clearance Diving Chief and he joined the Royal Australian Navy in 1946.

Bill was President of the Clearance Diving Association for seven years and he enjoyed every minute of it. 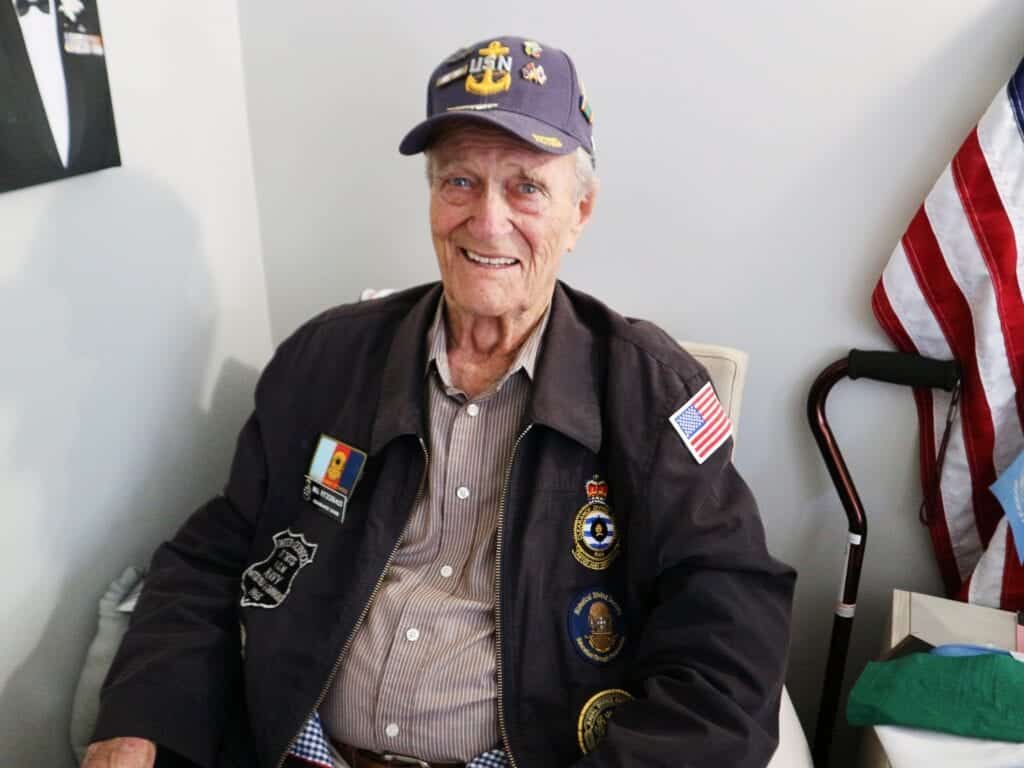