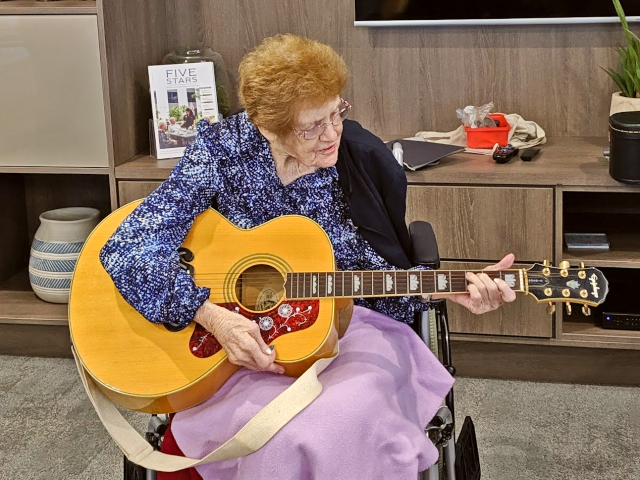 Charlotte, our very own superstar at Arcare Taigum

One of our clients at Arcare Taigum, Charlotte used to play in a band where she sang and played the guitar.

Her friends were visiting and decided to put on a concert for her, or Lotti as she was affectionately known.

With Vinny Earl and Dawn Hooper on guitar and vocals, Neville on Harmonica and Jews harp, and Patty Vogler on vocals.

Patty also treated us to an assortment of amusing and risqué poems, which had the clients laughing out loud.

They sang an amazing repertoire of country music including Black Hills of Dakota by Doris Day, You Are My Sunshine, Pearly Shells, Put Another log on the Fire and Lights on the Hill by Slim Dusty.

Charlotte was initially enjoying the concert from the audience, but Vinny and Patty insisted she sang a few songs with them.

So she got up off of her chair and joined in! Charlotte even strummed along to a few tunes on her faithful guitar.

Her face was beaming as being able to be up singing with her friends again brought her so much joy and a sense of independence.

As always, there was some friendly and cheeky banter between the friends. Charlotte told Vinny to clean out his ears when he said she was not singing loud enough!

Team members and clients at Arcare Taigum were very impressed with Charlotte’s vocals and exclaimed they did not know she had such a good voice. The band was a firm favourite and will definitely be returning in the near future. 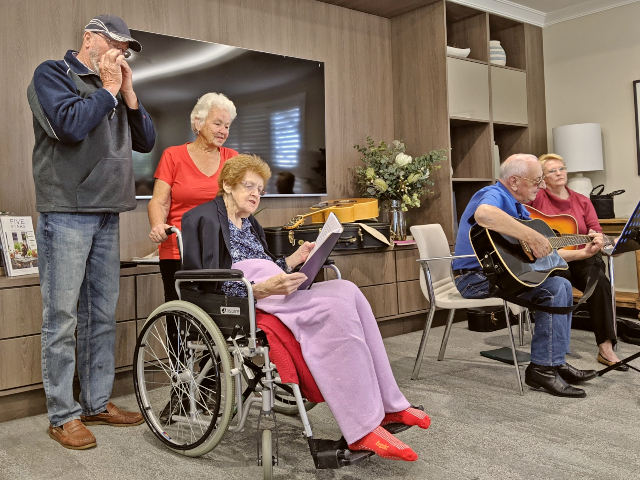 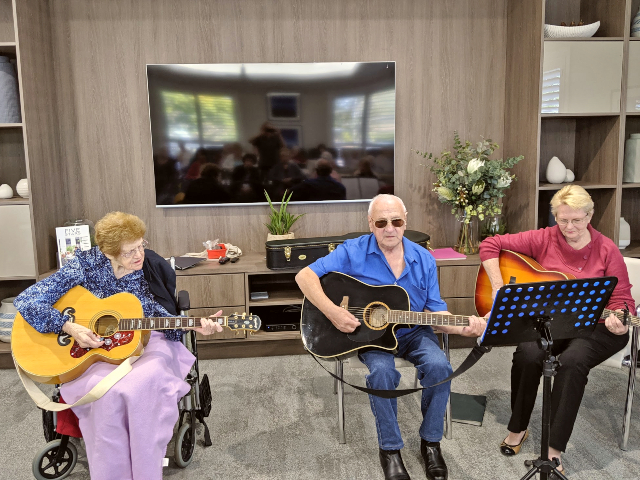