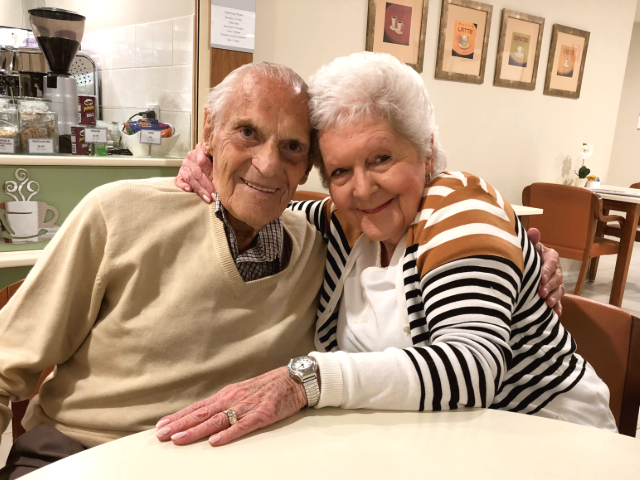 Victoria - Arcare Carnegie - You’ve got a friend in me

You’ve got a friend in me

Arcare Carnegie client, David often enjoys chatting to the volunteers when they visit.

While chatting to a volunteer one day, David began discussing his past adventures and reminiscing about his old friends.

The volunteer that David was talking to, quickly recognised one of the people from David’s stories, as he had also been chatting to that person, whilst he had been volunteering at Arcare Malvern East.

Arcare Malvern East client, Margaret had previously been close friends with David and his wife, before losing touch in their older age, and had previously spoken fondly of David to the volunteer.

Once making the connection clear to David, the volunteer offered to facilitate a meeting between the two so they could reconnect and catch up.

After much back and forth with dates, times and possible locations, ‘the old friends’, David and Margaret finally set a date and agreed to meet each other at Arcare Carnegie’s cafe for coffee and cake.

As soon as the old friends saw each other, they embraced like no time had ever past. Their past connection and appreciation for one another was clear from the first embrace.

David and Margaret quickly dove into conversation, as they had much to catch up on. The pair barely drew enough breath to even have a sip of coffee or a nibble on their cakes.

Margaret remembered David’s wife, Mary fondly and the two reminisced about the many, many things they had enjoyed doing together in the past.

David said, “It was so lovely to see Margaret again after all this time. She was in great spirits and we look forward to seeing each other more frequently in the future.”